Recently,  we have been kept busier than usual with lots of fun projects from our clients and something else… A new addition to the Formanek Creative family… a puppy! Not just any pup though, a rottweiler puppy.

Everyone knows, with a great pup, comes great responsibilities!  Between lots of puppy naps and learning new tricks, his name became a hot topic. In fact, it took us almost a week to mutually decide on a name.  We wanted something perfect for our new companion. And so, we went on a hunt. scavaging countless baby name sites, dog name forums, pro-teams rosters, hall of fame inductees, movie character names, asking friends and family members for suggestions until we came up with the perfect name for this pup.

So for all my designers out there, this list is dedicated to you, and all your beautiful pets, whether they be scaley, furry, big or small here is a list of fun design names for them all!

Neville Brody is an alumnus of the London College of Communication and Hornsey College of Art, and is known for his work on The Facemagazine (1981–1986), Arena magazine (1987–1990), as well as for designing record covers for artists such as Cabaret Voltaire, The Bongos, and Depeche Mode. He created the company Research Studios in 1994 and is a founding member of Fontworks. His work is included in the permanent collection of the Museum of Modern Art (MoMA).  He is the Head of the Communication Art & Design department at the Royal College of Art, London.

Muriel Cooper (1925 – May 26, 1994) was a pioneering book designer, digital designer, researcher, and educator. She was the longtime art director of the MIT Press, installing a Bauhaus-influenced design style into its many publications. She moved on to become the founder of MIT’s Visible Language Workshop, and later became a co-founder of the MIT Media Lab. In 2007, a New York Times article called her “the design heroine you’ve probably never heard of”.

Paul Rand (born Peretz Rosenbaum; August 15, 1914 – November 26, 1996) was an American art director and graphic designer, best known for his corporate logo designs, including the logos for IBM, UPS, Enron, Morningstar, Inc., Westinghouse, ABC, and NeXT. He was one of the first American commercial artists to embrace and practice the Swiss Style of graphic design. Rand was a professor emeritus of graphic design at Yale University in New Haven, Connecticut from 1956 to 1969, and from 1974 to 1985. He was inducted into the New York Art Directors Club Hall of Fame in 1972.

Josef Müller-Brockmann (May 9, 1914 – August 30, 1996) was a Swiss graphic designer and teacher. He studied architecture, design, and history of art at both the University and Kunstgewerbeschule in Zürich. In 1936 he opened his Zurich studio specializing in graphic design, exhibition design and photography. From 1951 he produced concert posters for the Tonhalle in Zurich. In 1958 he became a founding editor of New Graphic Design along with R.P. Lohse, C. Vivarelli, and H. Neuburg. In 1966 he was appointed European design consultant to IBM. He is recognized for his simple designs and his clean use of typography (notably Akzidenz-Grotesk), shapes and colors which inspire many graphic designers in the 21st century. Müller-Brockman was the author of several books on design and visual communication.

Milton Glaser (b.1929) is among the most celebrated graphic designers in the United States. He has had the distinction of one-man-shows at the Museum of Modern Art and the Georges Pompidou Center. He was selected for the lifetime achievement award of the Cooper Hewitt National Design Museum (2004) and the Fulbright Association (2011), and in 2009 he was the first graphic designer to receive the National Medal of the Arts award. As a Fulbright scholar, Glaser studied with the painter, Giorgio Morandi in Bologna, and is an articulate spokesman for the ethical practice of design. He opened Milton Glaser, Inc. in 1974, and continues to produce a prolific amount of work in many fields of design to this day.

Charles (Chip) Kidd (born September 12, 1964) is an American graphic designer, best known for his book covers. Based in New York City, Kidd has become one of the most famous book cover designers to date. He is most famously known for the cover of Jurassic Park.

Check out his TED Talk here.

Saul Bass (/sɔːl bæs/; May 8, 1920 – April 25, 1996) was an American graphic designer and Academy Award-winning filmmaker, best known for his design of motion-picture title sequences, film posters, and corporate logos. During his 40-year career, Bass worked for some of Hollywood’s most prominent filmmakers, including Alfred Hitchcock, Otto Preminger, Billy Wilder, Stanley Kubrick and Martin Scorsese. Among his most famous title sequences are the animated paper cut-out of a heroin addict’s arm for Preminger’s The Man with the Golden Arm, the credits racing up and down what eventually becomes a high-angle shot of a skyscraper in Hitchcock’s North by Northwest, and the disjointed text that races together and apart in Psycho. Bass designed some of the most iconic corporate logos in North America, including the Bell System logo in 1969, as well as AT&T’s globe logo in 1983 after the breakup of the Bell System. He also designed Continental Airlines’ 1968 jet stream logo and United Airlines’ 1974 tulip logo, which became some of the most recognized airline industry logos of the era. He died from non-Hodgkin’s lymphoma in Los Angeles on April 25, 1996, at the age of 75.

P.S. We ended up naming the puppy Maverick after all of our searching. And no, not after the Dallas Mavericks

*descriptions of designers pulled from Wikipedia. 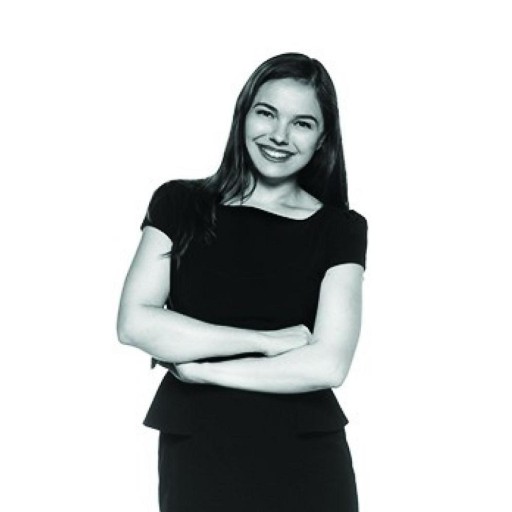 Mary Formanek is the creative director and founder of (for-mOn-ek) creative.

I WOULD LOVE TO HEAR FROM YOU,

SEND ME AN EMAIL AND I WILL GET BACK TO YOU AS SOON AS POSSIBLE.